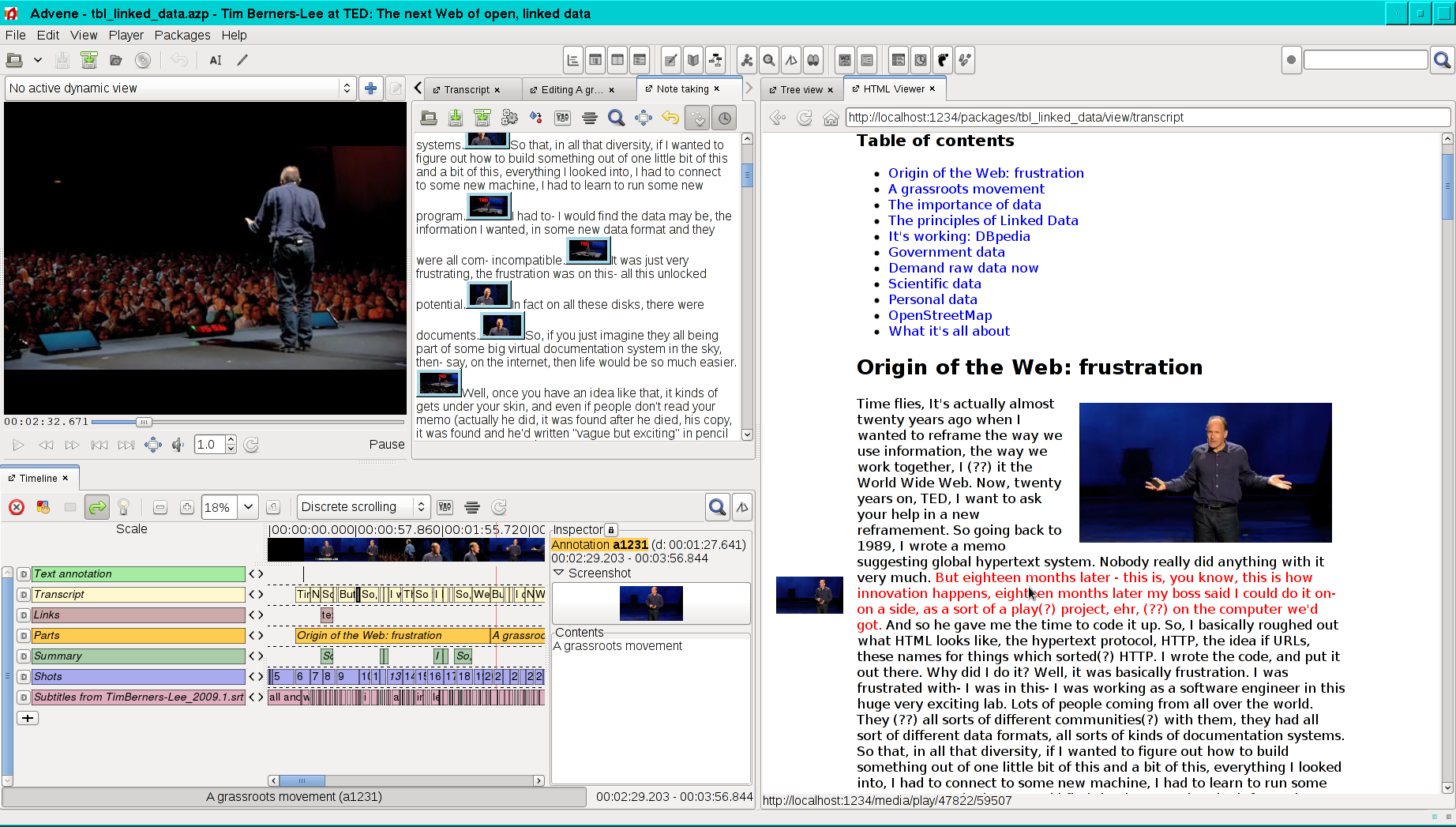 Advene is both a project, a data model and a tool dedicated to studying video active reading and hypervideos. Advene allows to annotate videos with user-defined schemas, and to create hypervideo views that can be static and dynamic. Advene 1.0 was released late 2011. The Advene2/Cinelab project is now used in various projects (Ligne de temps, Festival Cinecast - Allociné, ACAV - Dailymotion). We also proposed the CHM (Component-Base Hypervideo) model and its web implementation WebCHM. Advene has been used in numerous scientific projects to annotate various video content types for various purposes.

Funding: during its first years the project was not funded, but we were able to get financial support with the ANR Cinelab (2007-2009) and FUI Cinecast projects (2010-2012). After some years, new funding came from Germany and the Ada project.

Authoring hypervideos with Advene. This interface view summarizes one of the essential workflows of Advene:

Two other features of Advene: